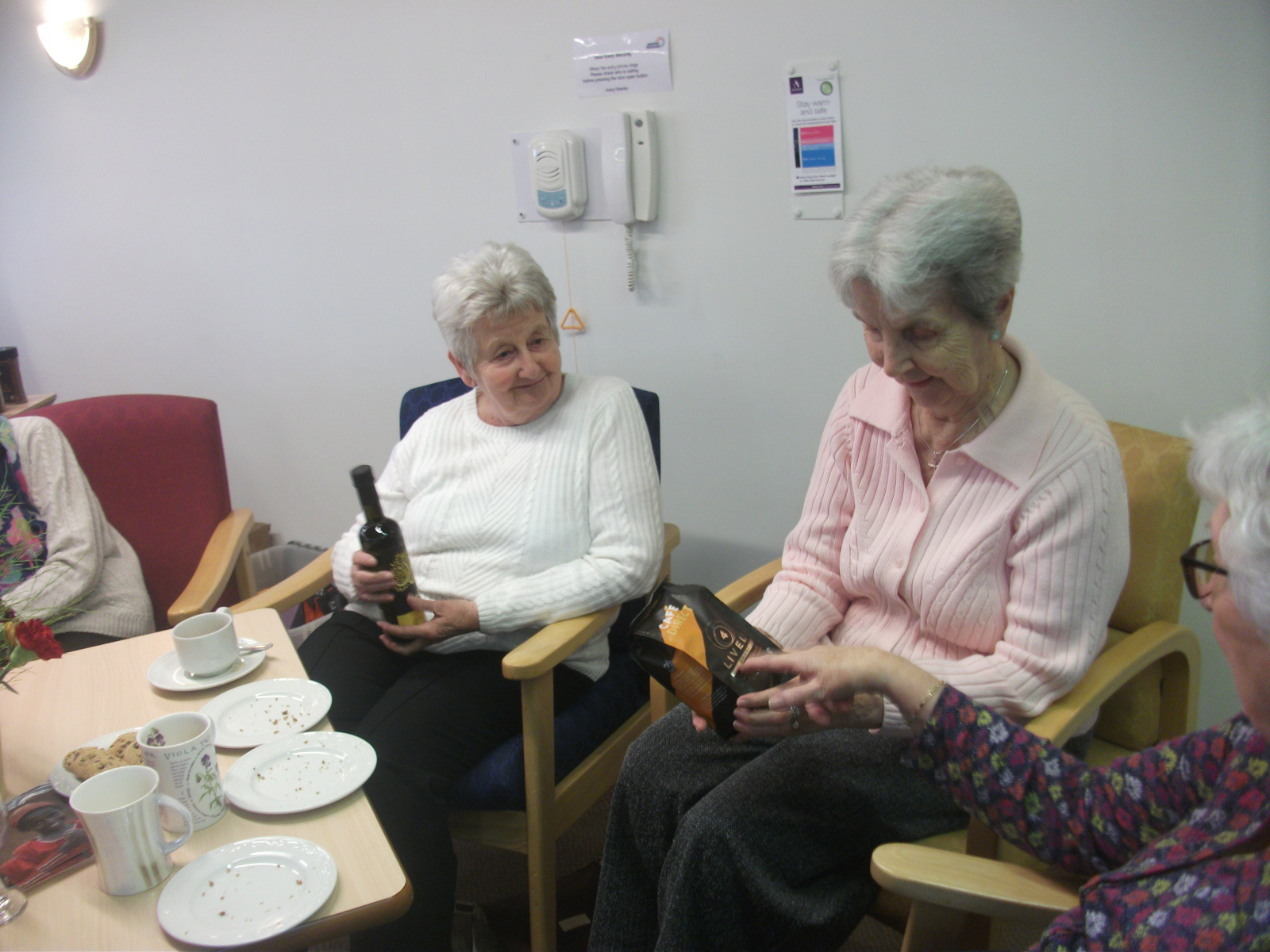 Posted at 17:47h in News by Ruth Burgess
Share

Fairtrade Fortnight began for the Keswick Fair Trade Campaign with a service at Southey Street Methodist Church.  Joyce Ellis took the service and Roy Ellis, who was an active member of the campaign in its early days and was a lead on making Cumbria a Fairtrade County, reminded the congregation of the nature of the work of Fairtrade.  He also showed an excellent  film from the Fairtrade Foundation, The Story of Chocolate, which explores the unfairness at the heart of the cocoa industry and looks at the need for cocoa farmers to get a living income.

Jo Alberti spoke about the changing world of Fairtrade as ‘mainstreaming’ has taken place. It was clear that in order to grow the market, Fairtrade products needed to be in places where the majority of shoppers could easily find them.  Supermarket chains now stock Fairtrade products to a varying degree. The big chocolate companies also began to source Fairtrade, again at different levels.  The impact of these developments was a marked rise in sales and thus of the number of producers able to sell certified Fairtrade goods. Cadbury was the most extensive in its commitment to Fairtrade but has now pulled out in favour of its own sustainability programme. The Fairtrade logo will now be transferred to the back of the products’ packaging as a “partner” on the ground that Fairtrade will continue to monitor the company’s work.

Jo reminded the congregation of the link which the campaign made with a Fairtrade Coffee Co-operative in Choche, Ethiopia.  This link led to two projects funded by Rotary which have helped the community to graduate to self sufficiency in a sustainable manner.  Moreover, the combination of the two projects has enabled the Co-operative to survive climate change driven unseasonal rains leading to very poor harvests in 2017 and 2018.  Then in 2019 the new coffee bushes planted as a result of the second project produced an excellent harvest.

On the following Tuesday afternoon, an event was held in Lakehead Court to celebrate Fairtrade Fortnight and to draw attention to Fairtrade Products can be bought in Keswick.  Booths and Fells and Dales had donated goods to the event and the sale of these at the event and later amounted to This sum was sent to the Fairtrade Foundation.

Jo also told the story of Choche at three assemblies of the pupils of Keswick School during Fairtrade Fortnight. Alongside this narrative the students were reminded of the unique ways in which  Fairtrade helps producers survive the uncertainties of world markets,  and the premium that their communities receive to improve living conditions in ways of their choice.

The story of Choche, Jo pointed out, demonstrated the different ways in which Fairtrade can lead to a better life for farmers in the developing world.  But it is still a small percentage of these farmers who can sell into the Fairtrade market: it is up to us as consumers to increase that proportion.

The campaign had planned to have a stall at Keswick Market on the Saturday in the middle of Fairtrade Fortnight, but sadly the Market was cancelled because of the stormy weather.