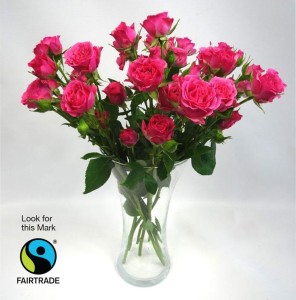 Aldi has become the fastest growing retailer of Fairtrade roses following a 21 per cent surge in year-on-year sales.  The supermarket, which stocks Fairtrade roses in all of its 645 UK stores, saw sales increase from 1.4m to 1.9m bunches during the last 12 months* (April 2015-16). The growth comes as Aldi approaches its second anniversary of launching the roses, which were first sold in June 2014. On average, Aldi sells 33,000 bunches of Fairtrade roses each week, with sales rising to over 60,000 for key occasions such as Valentine’s Day and Mother’s Day.   More than 90 per cent of Aldi’s Fairtrade roses are sourced from two farms in Ethiopia and Kenya. In addition to the social, environmental and economic benefits Fairtrade certification brings to flower farms, premiums from the sale of Aldi’s roses, which overall amounts to an estimated £400,000 directly fund a number of extra projects which help the whole community.  Visit Fairtrade Foundation’s website for more on this posting.